Just in time for the start of the new ski season, the Austrian Ski Association (ÖSV) and Reusch have signed the long-term extension of the exclusive sponsoring agreement for the Alpine Skiing and Ski Cross sectors. The signature of the two managing directors Reinhold Zitz (Austria Ski Pool) and Erich Weitzmann (Reusch) marks the continuation of an almost historic cooperation. For 34 years now, Reusch has been the official glove supplier of the Austrian Ski Association and thus of all legendary ÖSV World Cup Winners, Olympic Champions and World Champions of the last three decades. In addition to all athletes of the national team, the A, B and C squads, all alpine coaches, alpine staff members and officials rely on the proven Reusch quality, fit and warmth.


“The heart of Reusch beats for ski racing!”

"We would like to thank the whole team at the Austrian Ski Association and especially the athletes for the trust they have placed in us. The continuation of our cooperation with the world's most successful ski association of the recent years enables us to set the course for consolidating and expanding our position as the leading glove brand in alpine ski racing in the future. The heart of Reusch beats for ski racing, to which we owe great success. Accordingly, we feel obliged to always provide all Reusch athletes with the best possible gloves, which as a logical consequence drives us to constant innovation and improvements of our products," says Reusch Managing Director Erich Weitzmann.

At the recently held ÖSV dressing day in the Innsbruck Olympic Hall, the Austrian racers were equipped with the new Reusch Racing Collection and the Race-Tec 18 GS glove as technological
flagship for the coming season.

In addition to the Austrian Ski Association, the glove specialist also equips the Swiss, French, US-American, Norwegian, Liechtenstein and Slovenian ski racers. Reusch athletes have won 65 of the 78 possible overall World Cups since 1980 and more than 75% of all possible medals at the World Ski Championships in Åre in the past season. 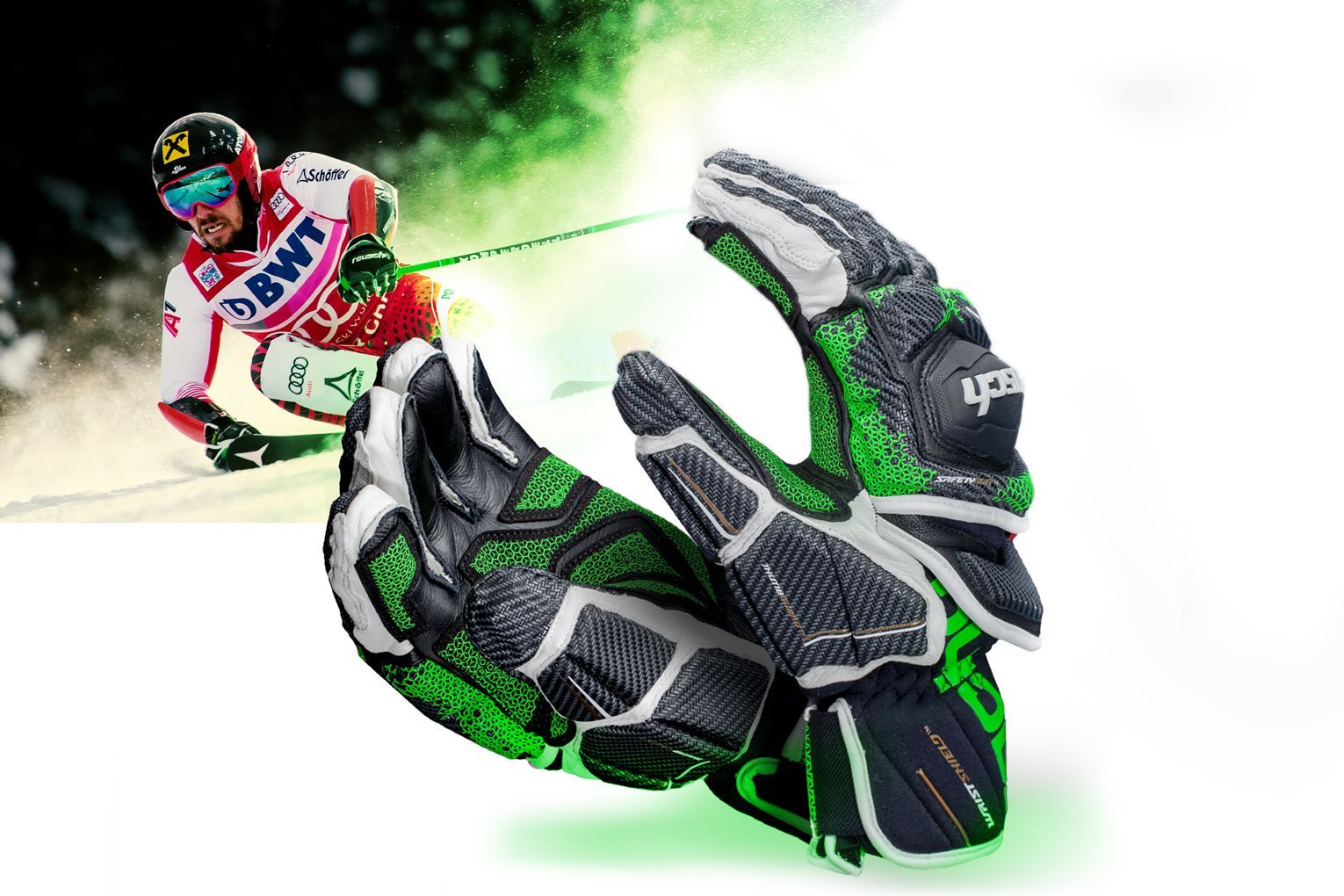